Automobile insurers are getting smarter in the way they gather and use policyholder details. They can also effortlessly consider many factors while setting rates. Some experts believe that they have advanced capabilities to laser target pricing down to per customer. In other words, automobile insurance companies are capable of premium optimization. This sounds something impressive but you won’t be enjoying being on the receiving end.

These days, getting low rates doesn’t only depend on having good driving records and clean claim history. Other forces may be in play when underwriters determine premiums beside the usual discounts and factors that are taken into account. They would want to keep quiet about some of the methods used and their real purpose. But we will discuss them below.

There is a new terminology secretly discussed in the industry circles. It is so secret that many experts cannot yet figure out how it works and what information is used. However, they believe that carriers are using a new tool to predict who will shop around and switch and who will do nothing when their rates jacked-up a little. Such predictions have the potential to increase profitability a lot.

What is Car Insurance Price Optimization?

It is a process of collecting enough information about customers to determine if they can charge higher and still sell. Premiums are about the only source of income for them. And therefore, it is logical to take the steps to increase revenues if it is at all possible. Today it isn’t beyond the realms of possibility to make the most of available sources and advanced programming capabilities to predict which policyholders wouldn’t complain about paying a bit more.

Widely accepted view is that insurance companies are already using price optimization to make extra money out of their loyal policyholders. No doubt it will be highly profitable since they will be able to earn more while incurring hardly any expense.

Don’t think that this is a farfetched and a bit paranoid thinking and it is only imagination based on distrust. Information gathering has been here for years and now in its advanced stage. In addition, carriers can almost factor anything in quote programs with the latest programming skills. They are looking into building cars that don’t need drivers. So, it isn’t at all far-fetched to think that they can rip the benefits by fastidiously studying and guessing how each person will react. You can read Insurance Information Institute (III) findings here. 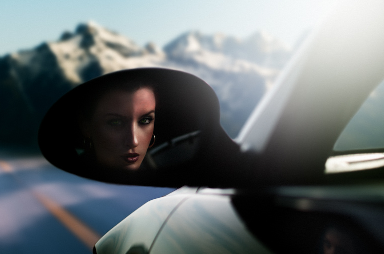 Where Would They Get the Information?

They can look at your credit history and other buying habits now. You cannot believe how much is publicly available these days. Also, they can find out about your coverage history. Actually, they would have it in their system already if you have been with them for some time. Historical patterns are also reliably used to predict customer behavior. All they need to do is to plug this information in their Price Optimizing tools and figure out exactly how much more they can charge you without losing the business.

Most state insurance commissioners don’t even know that applicants are profiled. Anyway, companies are now allowed to include various unconventional factors in rate settings. In addition, each has its own formula for using credit history reports that is hardly open for discussion. They can charge you more if they want to and they can blame your credit score for it.

There is no question that they have the capabilities to profile applicants and adjust quotations accordingly. There is no need to be naïve about it. They have millions of customers and if they can charge only a few bucks extra to some of them this would translate into millions of dollars profits.

Why would they go into this much trouble rather than increasing rates across the board for everybody? The simple answer is that many motorists would leave them at the first sign of auto insurance premium increase. There are tens of rivals waiting to grab these drivers who may be looking for cheaper deals. That is why it is worth investing into solutions that help them figure out who would leave and who would stick around after a premium increase.

In other words, vehicle insurance price optimization is an exercise to find the lazy policyholders who cannot be bothered to shop for better rates and switch if they need to. They would be happy to get a 5% loyalty discount, all the while remaining oblivious to the fact that they are charged 20% more than a new customer would pay.

What to Do If You Believe Your Car Insurance Is too High?

The whole open market economy is built on the idea that customers will look for the best products and deals. Consumers are expected to be well informed and able to make smart decisions for their wallets. They further stipulate that expensive providers with lower quality products will either have to improve or face extinction as extensively argued by Darwin’s law of natural selection theory.

If you believe that your auto insurer is being smart with you, you will need to fight back. You are more likely to be the target of price optimization if you are with the same company for a long time. They bank on your loyalty so that they can literally bank their profits. You need to find out how much competitors are going to charge for the same coverage. Make no mistake that the difference between the cheapest and most expensive quote can be several times.

That is why it is important to find the most economical automobile insurance firm in your zip code. Get a few quotes by offering exactly the same particulars to each of them. Then, you know that it is not because you are buying less but it is because you found a cheaper provider. If the current renewal term is still one of the cheapest you know that they are being honest with you and doing their best to treat you fairly. In other words, no funny business of profiling and determining that you are one of the few people they feel they can get away with charging more.

Why It Is Important to Get Vehicle Insurance Quotes at Renewals

It is worth stressing here that it should be considered as price increase if premiums are not going down after years of being a good loyal policyholder with no claim and traffic ticket. Simply, you are not getting the discounts you should and this is the same as raising rates. It doesn’t have to be an actual dollar increase for it to be considered a rise in costs.

The only way you will see the true cost is to get a few auto insurance quotes and compare them. If another company is offering you way more discounts that means you have been qualifying for them but not getting it. Whichever way you look at you will see that saving money is the same as making. They are as good as wage checks because you earned it one way or another and it is money.

The fact of the matter is that nobody likes to be taken for a ride. Once they start taking advantage of you they have crossed the line of trust. However, they can only get away with it if you let them. So, it isn’t fair to place all the blame on them when you are an easy picking.